So, the goal of this project is to produce a native x86-64 compiler for the BlackBox Component Builder.

* identity: the Component Pascal language is awesome; it has to be preserved “AS IS”, without any changes

* continuity: we are pretty happy with the existing CP2 compiler, so we are building on it’s foundation.

* follow us here or at VK (if you want notifications)

* make your voice heard in comments to posts

William Herschel is the British astronomer (as well as musician) who discovered Oberon, a satellite of Uranus. The space probe Voyager 2 was passing Oberon in January of 1986 and made several photographs of it. Around that time, Nicklaus Wirth was developing the programming language and operating system; he was impressed with the engineering success behind Voyager 2 and called the language and the system afther the satellite. In 1996, a successor of Oberon was called Component Pascal. It is the language we love, use and aim to translate.

William Herschel saw beyond his contemporaries; he did so in part because he was using his own hand-made tools - telescopes with his own hand-made mirrors. They say he would sometimes work on polishing a mirror for as long as 16 hours. So, as you can see, tools matter - that’s why we use Component Pascal.

The emblem of our project is a schematic reminder of William Herschel’s telescope: 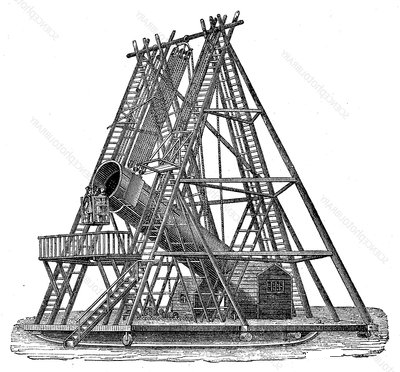